Workers & Resources Soviet Republic is a real-time strategy game with city builder tycoon mechanics. The aim is to turn a small town into an industrial powerhouse, and it is set during the Soviet communist era. The game was made by 3DVision, and was built using the money the developer made from its first title called “Air Missions HIND.”

You start out with mines and natural resources, and it is okay to continue building your empire using just those businesses, but you may build factories, you may create storage warehouses, and you may create offices. The game punishes people for sticking to simple money-making ventures. For example, if you concentrate on farming and mining, then the prices of your goods go down because you flood the market with said products.

Build living areas, cinemas, taverns, and health buildings in order to keep your citizens happy. The more desirable your city becomes, then more people will join, which gives you a bigger workforce so that you may expand your city’s industry. You may play the game based on a series of gaming goals, or you may play in the sandbox version where you have as much money and resources as you wish.

As mentioned earlier, the goods you supply will affect market prices across the board, and these changes will affect your economic situation. For example, if you shy away from advanced industry, then people will have to bring in chemicals and plastics from other cities, which will increase demand and increase their price, which will annoy some of your citizens. On the other hand, you may build your population with a view to heavy industry, and suddenly the price of food skyrockets and people cannot afford to feed themselves.

In terms of usability and gameplay, there are a few problems that mostly revolve around object positioning. For example, roads will snap into unwanted positions when you are laying them, and power lines are tough to position if there are others in the vicinity. In addition, situating buildings on a level surface is easy, but is very difficult on wonky or sloping terrain.

The game has crashing issues, but the game auto-saves every few minutes to compensate. Plus, there are usually patches available to fix these types of problem. The DLC is all aesthetic, which means it is only suitable for fans of the game. The level of complexity within the game is going to scare some people off, but it is a well-built city builder with tycoon mechanics, so should suit people who liked the Sim City, Banished and Skylines

How to activate Workers & Resources Soviet Republic on Steam

Activate the Steam Digital CD Key Code on the Steam Client. Log in and look at the left bottom corner and click on “Add a Game…” and then on “Activate a product on Steam”. Put in the code for Workers & Resources Soviet Republic CD key and have it in your Steam library, ready for download! You can install Steam to activate your Workers & Resources Soviet Republic key, if you click here.

Steam Keys are intended as a useful tool for game developers to sell their game in other online stores and retail. Steam Keys can be activated by customers on Steam to license Workers & Resources Soviet Republic.

Often games that are playable on Steam are also available on: Rockstar Games, Epic Games Store, Origin (EA), Humble Bundle, Windows 10, Gog.com, Xbox Play Anywhere, Battle.net, UPlay and Amazon. Make sure to check all offers and that you are buying a Workers & Resources Soviet Republic Key for the right Client.

You receive a gift on your Steam account. You have to accept this Steam gift so Workers & Resources Soviet Republic can be added to your Steam library and ready for download. Read the store’s description if there are any region restrictions. 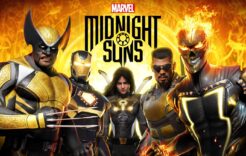