Compare prices in Australia and buy Scarlet Nexus key cheap! After purchasing a key at one of our trusted and legal Game-Key Suppliers, the Digital Download Code will allow you to download, install and play Scarlet Nexus directly on Steam on PC.

Bandai Namco has developed a new game. The Scarlet Nexus is a role-playing action game that will be available in a few months. If you asked someone about the game a few months ago, they wouldn’t have a response. Today, the game’s popularity has grown following the launching news from the developers. Bandai Namco Entertainment made the announcement just a few weeks ago and this has prompted popularity. While the release date is in a few months, ardent gamers are actively looking for information on the game; we all can’t wait. In this article, we shall review the game and let you know what to expect.

The game involves role-playing, where you will be engaged in a third-person perspective. As a player, you are required to gain control of Yuito or Kasane. The Kasane Randall involves members from the Other Suppression Force (OSF). These members are expected to fight for New Himuka from the opponents, commonly known as the ‘Others’. Looking at powers and abilities in the game, you realise that the ‘Others’ fight using short-range weapons such as swords. On the other hand, Yuito and Kasane have psychokinesis abilities that allow them to throw or hurl objects and weapons at their enemies. To access the protagonist’s powers, you can use the brain map and upgrade the game’s skill tree. As you continue with the game, you will find other members who can help you combat the enemy. Now, since each companion has its unique abilities, you can rally them and win against your opponents.

The Story and Setting of the Game

The game is developed in a future setting and alternate reality. During this time, humanity has already developed technology and great forms of society or substances found on the human brains. Besides the development, the substances will also give humans some extrasensory superpowers to help them fight their battles. The Other Suppression Force (OSF) recruits members with high abilities and supernatural gifts to protect humanity from the ‘Others’. The ‘Others’ are monsters without brains that come from the Extinction Belt.

The Game’s Development and Progress

Currently, the Game is under Bandai Namco Studios, located in Japan. The game’s producer and director are Keita Iizuka and Kenji Anabuki, respectively. Iizuka said that the game’s name means ‘red connection’ or a red bond. It is a game of connection and bonding. Besides Scarlet Nexus, renowned experts have also worked on other big names such as Tales.

How to activate Scarlet Nexus Key

How to activate Scarlet Nexus on Steam

Activate the Steam Digital CD Key Code on the Steam Client. Log in and look at the left bottom corner and click on “Add a Game…” and then on “Activate a product on Steam”. Put in the code for Scarlet Nexus CD key and have it in your Steam library, ready for download! You can install Steam to activate your Scarlet Nexus key, if you click here.

Steam Keys are intended as a useful tool for game developers to sell their game in other online stores and retail. Steam Keys can be activated by customers on Steam to license Scarlet Nexus.

A Scarlet Nexus key for the Steam-Client does not expire and after activation Scarlet Nexus can be downloaded and played forever. This also applies to all other clients.

Make sure the Scarlet Nexus Key is for the Steam Client

Often games that are playable on Steam are also available on: Rockstar Games, Epic Games Store, Origin (EA), Humble Bundle, Windows 10, Gog.com, Xbox Play Anywhere, Battle.net, UPlay and Amazon. Make sure to check all offers and that you are buying a Scarlet Nexus Key for the right Client.

You receive a gift on your Steam account. You have to accept this Steam gift so Scarlet Nexus can be added to your Steam library and ready for download. Read the store’s description if there are any region restrictions. 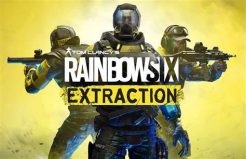